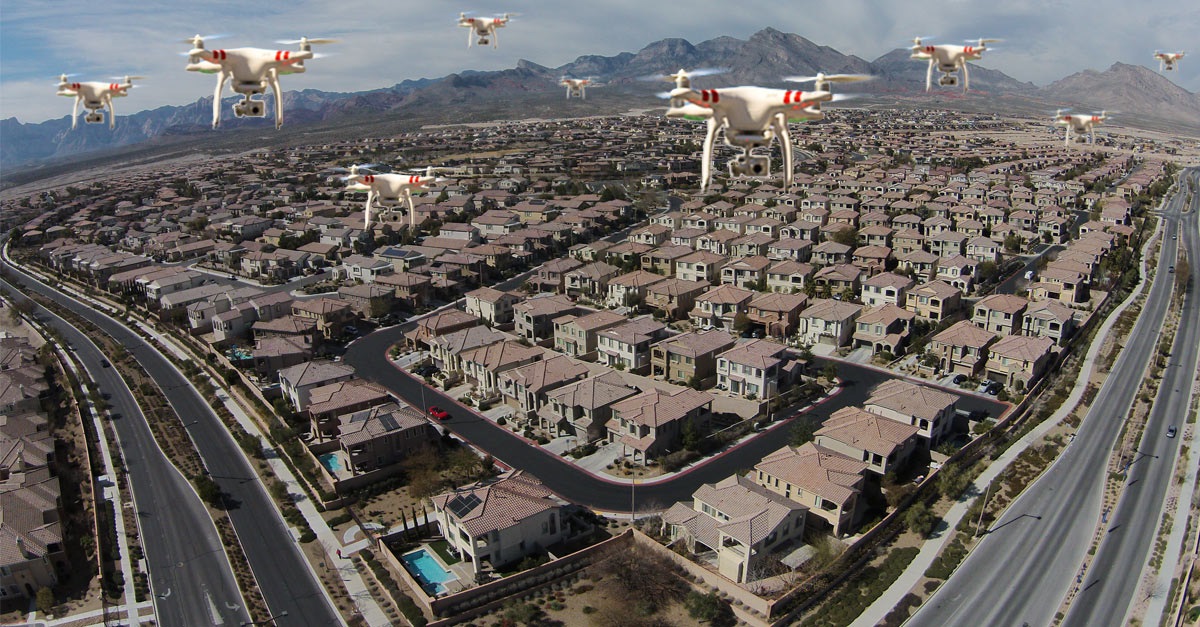 "Your local real-estate agent might have a new trick up their sleeve very soon: Using drones for aerial photography of sprawling properties," said Fast Company.

New regulations just released from the Federal Aviation Administration (FAA) are "opening up drones for wider use in real estate," said the Orange County Register. "Under the new provisions, operators don't need a pilot's license. Instead, the FAA offers a new designation called a ‘remote pilot in command certificate,' state Realtor technology officer Josh Sharfman told them. The FAA said that the provisions of the new rule "are designed to minimize risks to other aircraft and people and property on the ground."

The growing popularity of these unmanned aircraft influenced the new rules - drones for commercial use were deemed illegal in 2014. The new regulations will help pave the way for drone photography to become standard practice for real estate listings, which would be a win-win for agents and clients thanks to the adoption of new technology and greater exposure.

"Drones already are part of our world," Pasadena, CA agent Steve Clark told the Register. "If you're not hiring a drone operator that is top notch, then you're losing and more importantly, your client is losing."

Key to what drones can deliver is a view of the surroundings - good for properties with large parcels of land where the home's placement is important, but also for any house where emphasizing the yard, street, neighborhood, or proximity to area amenities could help illustrate its value.

"There are aerial videos and still photos that you can't get any other way, said Clark. "Unlike conventional photography, drones can help home hunters see the home's surroundings. There's a way to tell the story, and I think the drones have captured that."

And it's not just in California, either.

Knoxville, TN-based The Voigt Group found that drone photography helped differentiate them in the market and boost interest in their properties for sale.

"These cameras allow us to capture images not often seen in our market," said Business Manager Robert Voigt in theKnoxville News Sentinel. "Larger markets like Los Angeles and New York see brokers using this technology pretty often. We wanted to offer it here."

The aerial photography taken from the drone "offers a unique perspective of the properties that Voigt markets," said the News Sentinel, and helps to create widespread interest, especially when promoted on social media. The Voigts Facebook showcasing aerial photography of a West Knoxville listing "reached about 8,337 (people), with 1,367 clicks," said Brittany Voigt. "I had a ton of people ask me about the property."

Central Indiana agent Jimmy Dulin told 24-Hour News 8 that the amount of information buyers can get from drone photography - "how neighbors take care of their properties, how close the home is to a road and if there's a church or school nearby," said News 8 - is critical to the decision process. "All that collaborative information - it's become an essential piece," he said.

Dulin also said that "drone photography is now the standard for large, expensive homes," but he expects it to eventually "become expected for homes of all sizes and price points."

That's in line with industry expectations. The FAA has predicted that real estate will comprise 22 percent of drone use by the year 2020, and not just from real estate agent use. Greg B. Mays, owner and operator of Flying Fish Aerial Photography, LLC, a licensed drone operator since 2015 and a REALTOR® Appraiser for over 25 years, points to drones as the real estate appraiser ‘s "next great tool" on the National Association of Realtors (NAR) blog.

"This booming and exciting new technology is making its debut in many different fields of commerce and real estate is no exception," he said. "An interesting question arises from all of this. Should real estate appraisers consider using this technology when appraising real estate? The simple answer is, absolutely."

Drone use for appraisers could reveal: "pictures of a new roof system installed on an older improvement; large acreage tracts that the client wanted in order to know more about forestation and topography; proximity to surrounding properties or features such as rivers, lakes, commercial buildings, and power lines -- just to name a few," he said.